Section 30 Is Not Scotland’s Salvation 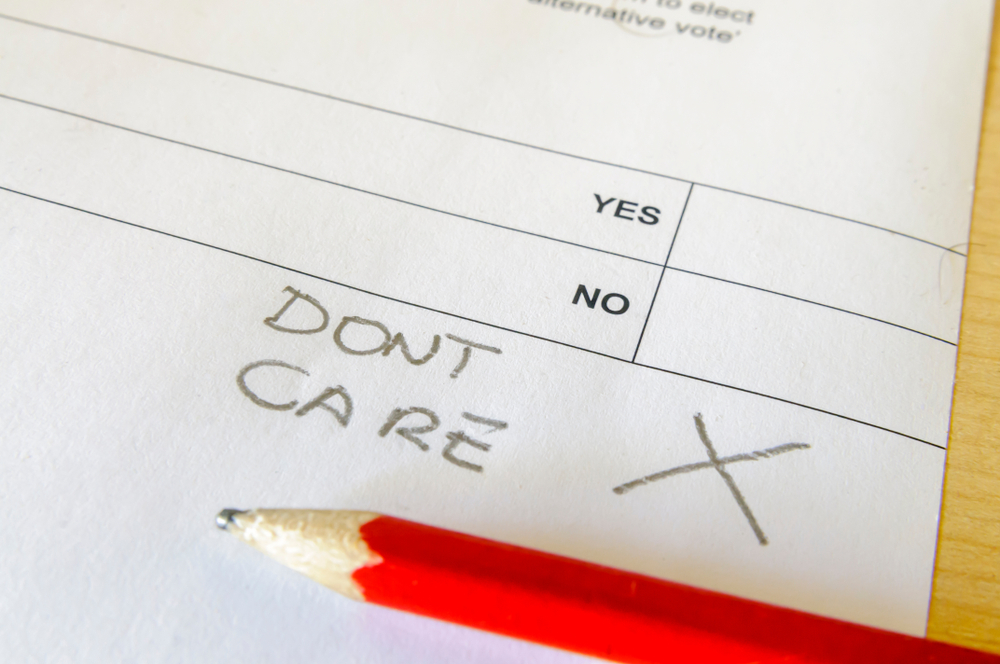 “No, but looks like a couple of folk wrote an essay on Brexit.”

When you’re doing the observations in a counting hall, you have to make your own (doodle-free) entertainment. As the night wore on and the stacks piled up in the Edinburgh hall, it looked pretty clear-cut. A win for the SNP, followed by a strong showing from the Greens and the Lib Dems, the latter confirming that for many Unionists in this Remain-voting city, lending a vote to the SNP was just a step too far. Tories fourth, Brexit fifth, Labour sixth, and all credit to David Martin for showing his usual stoicism during the tour of the tables. He wasn’t at the national declaration on the following Monday, and who can blame him? It was a long, drawn-out death rattle for the party – one that could have been avoided had the leadership listened to their activists and long-serving boots-on-the-ground elected members rather than cracking open the Citizen Smith box set again.

In the nationwide result, the SNP won an unprecedented three seats with 37.8% of the votes, and polled the highest in every Scottish council area bar Orkney and Shetland. You could be forgiven for missing that, though, since the BBC news site and other UK media focused their attention on the Brexit Party. Ok, let’s be fair, the Brexit Party polled the second-highest in Scotland…  Aye, hold on though, let’s look at the percentage. 14.8%. To put it in context, the Lib Dems were third with a mighty 13.9%, with the Tories squeaking into the sixth and final MEP seat with their 11.6%. The SNP – a party that has been vehemently and unequivocally pro-Remain for the past few years – won more votes than the second and third parties put together.

As Aneurin Bevan said, “We know what happens to people who stay in the middle of the road. They get run down.”

There are two lessons to be learned from this. Firstly, that prevaricating doesn’t cut it in Scotland. As Aneurin Bevan said, “We know what happens to people who stay in the middle of the road. They get run down.” There are masses of 2014 No voters who voted SNP in 2019 because they saw a party that was unambiguously pro-Remain. Just like there were Indy supporters who voted for the Brexit Party because they believe in Brexit so strongly, despite all the evidence showing it will be an absolute disaster for the country. Hey, that’s democracy – all votes are equal, especially under a voting system that isn’t First Past The Post. We even saw the long-heralded #LibDemFightback from folk who like both Unions. Parties, like voters, can change their minds when new evidence become available and when circumstances change – that’s also democracy, and the reason that we have a General Election every few years. But in order to change your stance, you need to have one in the first place.

Secondly, while the Brexit Party did indeed come second in Scotland, there was an awful lot of clear water between them and the first party, and less than 1% between them and the third-placed Liberal Democrats. Compare that to England (26 seats) and Wales (two of the four seats), where the Brexit Party returned a great swathe of MEPs who fell straight out of an Evelyn Waugh novel, and Ann Widdecombe. England and Wales is, it appears, Brexit Country (although it’s worth noting that those plucky Lib Dems came second, with their best EP election performance).

You don’t have to be an expert to see that there’s a clear difference north and south of Hadrian’s Wall there, lads.

This isn’t me bigging up the SNP (although I was delighted to see Aileen McLeod burst back into the political scene with that third seat!) but rather putting the Brexit Party into perspective. Yeah, they may have come second in Scotland, but it was hardly the romping success they were claiming south of the border. You don’t have to be an expert to see that there’s a clear difference north and south of Hadrian’s Wall there, lads.

But… does it matter? Will it have any effect? Scotland has elected four pro-Remain MEPs out of six, and these four MEPs will have a stronger voice and greater influence as part of a Parliament of 27 other countries than four MPs would have in a Parliament of the four constituent parts of one country. Scotland didn’t vote for Brexit, whichever way you try to slice it – percentage of overall votes, counting area, subsequent by-election-based suppositions, etc. – but it looks like we’re going to be hit by Brexit regardless. We’ve done literally everything we could feasibly do, from voting against Brexit in the 2016 referendum, to returning a pro-Remain majority, and even sending six cross-party, cross-parliament politicians to take the UK Government to court to find out whether the UK can revoke Article 50 unilaterally, i.e. without needing permission from the other 27 EU Member States. Answer: yes, it can. Up to the last minute, the UK can shrug and go “Actually lads, Brexit looks like it’s going to be an unmitigated disaster for the country, our government has been lurching from self-inflicted crisis to self-inflicted crisis, and we’ve changed our minds. Democracy!” and lo, Article 50 shall be revoked.

Makes you wonder why the UK Government spent so much money and time trying to block this very simple answer. It should also make you wonder why it could.

Governments govern by consent. We elect politicians to get on with the business of governing the country, but that’s not a blank cheque to go ahead and throw us under the big red bus. I’m not advocating we all bang on the windows of Westminster and bellow “OI, WE PAY YOUR WAGES!”, partly because we shouldn’t do that to any public servant trying their best, mostly because the building might collapse if you sneeze too loudly. The individual politicians I’ve met have been predominantly good people trying to do a tricky job to the best of their ability. But there is such a thing as the political bubble, bubbles within bubbles, and Westminster clapping its collective hands over its collective ears and ignoring what’s going on won’t help anyone. It’s not so much fiddling while Rome burns as repainting the drawing room while a typhoon approaches.

“That ‘partnership of equals’ we heard so much about – and which so many of us believed in – is long gone.”

That ‘partnership of equals’ we heard so much about – and which so many of us believed in – is long gone. When you’re on a plane and a bit of the wing falls off, the first thing you’re told is to put your own oxygen mask on before helping others. That’s where we are now. Britain is in the grip of a collective oxygen deficit, a semi-hysterical atmosphere of ghouls and Yaxley-Lennon goblins, where Boris Johnson – Boris Johnson! – is a likely PM and Nigel Farage the kingmaker.

Scotland has done everything it can to push back the tide of Brexit, over and over, and I daresay plenty of other folk are getting tired. How can it be a partnership of equals, or a ‘united’ kingdom when a country that has been consistently, vocally, and unequivocally anti-Brexit can be steamrollered by another country that, if it were a person, wouldn’t be trusted with a pair of craft scissors right now?

It’s difficult to see how the Union can survive the cumulative constitutional horror show of the past few years – and to be honest, it doesn’t deserve to. There’s no future for Scotland as we know it in the Union. Brexit has shown that.