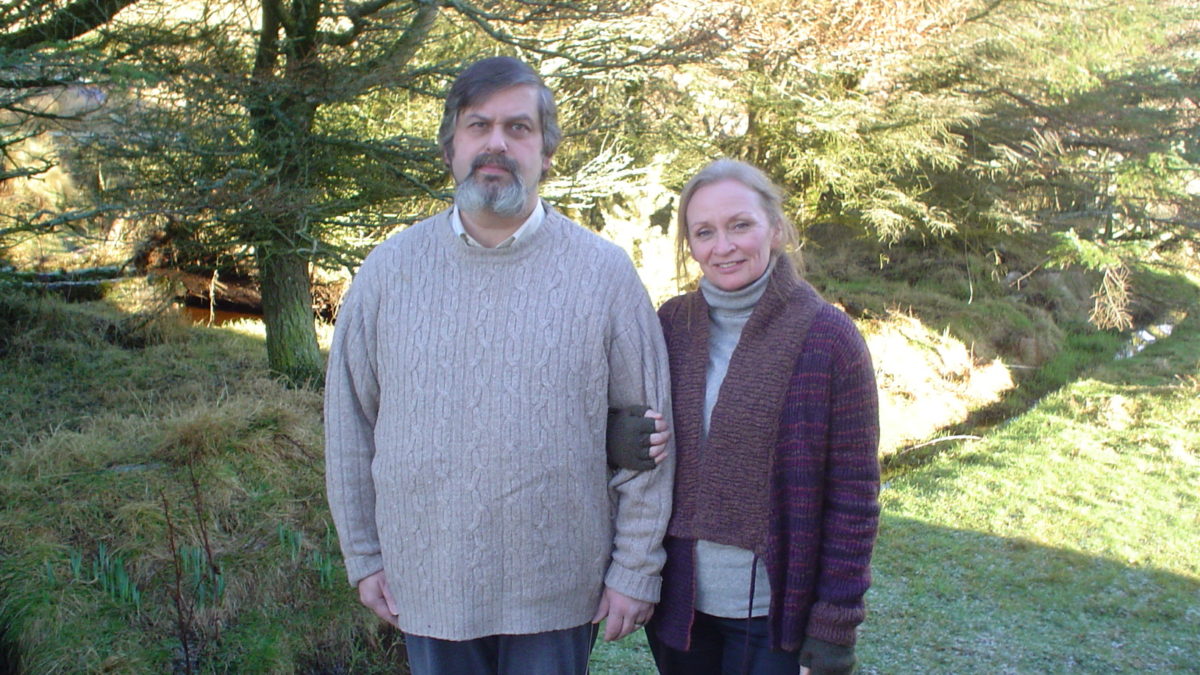 If you look in the dictionary for a definition of remote, there’s probably a photograph of Balchrick! Located around 3 miles north-west of Kinlochbervie and 10 miles south-west of Cape Wrath, Balchrick is over 500 miles away from London yet only 250 miles from the Faroe Islands. It also happens to be around 650 miles away from Brussels, which will become significant later in this story…

For the past 10 years Balchrick has been home to Patricia ‘Trish’ Goossens, her Flemish husband Frans and her 34-year-old daughter Alice. Perhaps unusual, given its remote and rugged location, but Trish specifically moved there from her Orkney croft seeking “better weather”! Trish and Frans got married in Ullapool in 2012, and the family has lived a happy and simple life in their rural idyll, complete with chickens and sheepdog Bran, despite a number of health challenges. This lifestyle is funded solely by Frans’s lifetime disability benefit, which he was awarded by the Belgian government in 2006 after he contracted peritonitis and, technically, died on the operating table. Trish is Frans’s principal carer and has her own serious health issues, suffering from COPD, heart arrhythmia and osteoarthritis. She also cares for Alice, who has Asperger’s Syndrome. Despite being one of the majority of Scots who voted to remain in the EU in 2016, as soon as the result was known Trish could sense that there may be problems ahead. Not even her worst fears could have prepared her for what was to come.

Once it became obvious that EU citizens’ continuing rights were going to be used as a bargaining chip by the UK Government in the EU withdrawal negotiations, Trish decided to contact the Belgian authorities for clarification of their circumstances. It wasn’t a straightforward process due to the technical definition of Frans’s benefit and the absence of any real discussions on reciprocal safeguards for people in their situation. Trish has documented her fight to retain Frans’s benefit and to keep their family together in her blog, www.scottishexile.home.blog, and it’s not for the faint-hearted or easily offended. She has also mounted a relentless letter, email and social media campaign in a superhuman effort to get the answers that anybody in her situation needs in order to either take action or make major life decisions. Her Twitter account, @siannamacdonald, is particularly hard-hitting and when Trish takes aim at politicians and bureaucrats, she disnae miss them! The upshot is that, at the time of writing this, she is now a matter of days from embarking on a heart-breaking journey with Frans, leaving Alice behind, that she sees as her only chance of securing their future. Possibly…

The fundamental problem, of course, lies in the Brexit omnishambles created by the Westminster government. It’s actually irrelevant whether you believe the UK, or Scotland, should leave the EU or not, but the lack of clarity and complete absence of any rational plan almost 3 years after the ‘advisory’ referendum surely defies all credibility. The result of this is that we stand on the precipice of the much-discussed but not-at-all-understood ‘no deal’ scenario and in that eventuality, well, we simply don’t know what we don’t know! In Trish’s situation, here’s what she appears to know as of the second week in March:

Early in February, Trish concluded that they’d arrived at a decisive moment in their struggle. The Riziv, the Belgian National Institute for Health and Disability Insurance, which is the body responsible for Frans’s disability payment, had written to say that: “In [the] absence of an international agreement, Belgian national law foresees that invalidity benefits are only payable to beneficiaries residing in Belgium (territoriality principle). The fact that the beneficiary is actually considered invalid according to Belgian legislation till pensionable age does not constitute a legal exception to this principle.” The email included some other ifs/buts/maybes, as the Belgian government were clearly trying to account for whatever decisions the UK government may or may not reach, (and how exactly can they legislate on a moving target?), but that quoted section appears fairly definitive. So, the family decided that in order to safeguard their sole income, and also guarantee Frans’s continuing medical treatment, they would have to move to Belgium before 29 March. They have also been advised that should there be any interruption to Frans’s eligibility to his benefit payment then his pension rights will also be adversely affected. To this outside observer, the Belgian government position doesn’t seem entirely logical – if they have already accepted responsibility for their citizen’s disability benefit and medical treatment, what difference does his location make? On the other hand, they haven’t caused this clusterbourach.

Anyway, for better or worse, having made the decision to leave, the practicalities of the move had to be addressed and plans made. First problem – Alice doesn’t have a passport. She has never been abroad before and has never therefore needed one. Trish was advised that, under regulations brought into force in 2008, Alice would be required to attend a personal interview at HM Passport Office Glasgow. They subsequently discovered that photo ID would be required in order to gain access to the building – the only form of photo ID that seemed feasible was to obtain a provisional driving licence, but the turnaround time on that is up to 3 weeks meaning that there is no chance of the family receiving that and being able to fit in a trip to Glasgow before they have to leave for Belgium. So, despite the understandable worry of leaving Alice behind on her own, the family priorities dictate that their income and medical assistance for Frans has to be secured first.

Trish and Frans plan to travel to Belgium on 20 March leaving Alice at home alone for around 3–4 months, hopefully long enough to establish Belgian residency, until Trish can come back to complete Alice’s passport application process. Even at this point the family will not be able to afford to transport their daughter, possessions and dog to Belgium and Trish will again have to leave her daughter behind until she manages to raise the funds required to complete the move. She worries about how Alice will cope alone – the nearest shop and GP is in Kinlochbervie, 3 miles away – but feels she literally has no choice except to hope for the best.

Trish explains the route they will have to take to travel to Belgium due to both medical and financial considerations: “We’ll take the local taxi to Kinlochbervie, then wait for the minibus to Lairg. After that it’s the train to Inverness, where we’ll wait all day for the Caledonian Sleeper to leave that night. Next day, from London Euston we have to take a taxi (both of us have health issues so walking for any length of time is out of the question) to St Pancras, then the Eurostar to Brussels, train to Antwerp then bus to Hoevenan where Frans’s cousin, Gunther, lives. It’s a 2-day journey, and one I wish we weren’t making. But train is the cheapest way to go for us. Otherwise, to fly, even with cheapish plane tickets, we can’t do the journey in a single day without an overnight stop at the nearest place to the airport, which is too costly.” Once they reach Belgium their short-term plan is to stay with cousin Gunther until they get whatever can be sorted out, sorted out.

And then? Trish knows she has no guarantee of acquiring Belgian citizenship so there may be the same situation waiting for her again somewhere down the line. Until Brexit has either happened or not, and until (or if!) every country’s rules and regulations settle down again into some kind of normality, nobody knows what lies ahead. Families are being torn apart and it’s particularly galling for this to be happening in a country that voted to remain in the EU. Trish’s UK passport expires next year and she worries she may not get a renewal, effectively becoming stateless. Whether this fear is justified or not, given everything else that is happening around her it’s easy to empathise with her concern. As a lifelong believer in Scottish independence she fervently wishes for a Scottish passport but also fears for her country: “[Scotland’s] chance of achieving freedom shrinks with each passing day, as May comes closer to abolishing the Human Rights Act and Holyrood soon after. We would have voted Yes again, us three, but instead I’ll be in a foreign land and away from home and family and I don’t know if my heart will ever recover from this. I am broken by it. The past 2 years has been hell for us, and for others like us.”

So, who is to blame for this predicament and what can be done to resolve it? The only people entirely blameless in this are the Goossens family, who are the innocent victims of a political shambles. The only people with the direct authority to resolve it are, presumably, the DWP and Riziv – can they not individually or collectively just ‘fix’ it? If there was a genuine will, maybe. What about the Scottish Government or the EU itself? Neither are directly responsible, obviously, but again either unilaterally or collectively could some organisation not come up with some humanitarian fund to cater for the situations where vulnerable citizens are in danger of falling through the cracks? The UK government can come up with millions at extremely short notice to cover up any of ‘Grayling’s failings’, or to ‘bribe’ the DUP or English Labour councils, so why not a contingency fund for the unintended victims of their stupidity?

This entire debacle was started by Westminster, by David Cameron, a Tory toff playing games within his own party before scuttling off as soon as he realised the miscalculation he’d made. It was fuelled by xenophobic right-wingers like Farage, Johnson, Gove et al. who lied to the English population over many years, resulting in a ‘leave’ vote that nobody, least of all them, expected. But for their narrow win, 52–48, in a non-binding advisory referendum to be translated into a premature triggering of an Article 50 2-year withdrawal period justified only by some ‘will of the people’ gobbledegook? Well, anyone who doesn’t believe there are other forces at work here probably shouldn’t be allowed to vote ever again! Scotland still has a way out of this chaos, but it may come too late for the Goossens family and many others in similar situations. And that really is tragic.

Should Trish, Frans and Alice stay or go? If I go, there will be trouble, And if I stay it will be double… Consider the enormity of this course of action: a woman, not in the best of health herself, feels she has to decide between fulfilling her role as principal carer to her seriously ill husband or her role as mother to a vulnerable daughter. Even if a magic wand was waved today guaranteeing their income and allowing them to stay in their home in Balchrick, does it make up for the last 2 years of stress and worry? Frans’s already serious health issues have worsened, as have Trish’s. In fact, she is having to postpone some important medical tests and cannot contemplate further treatment until she has resolved the family’s current predicament. Alice has become even more vulnerable due to the added stress and uncertainty and has been prescribed anti-depressants during the course of this politically motivated disaster. Trish will also be leaving behind another two daughters and five grandchildren. The cards dealt to the Goossens family have not been kind, even before this new game was imposed on them with its ever-changing or non-existent or completely irrational rules. The politicians at every level are telling them to ‘stick’, but why should they trust them? Trish has gambled everything on ‘twist’ – in her situation, what would you do? 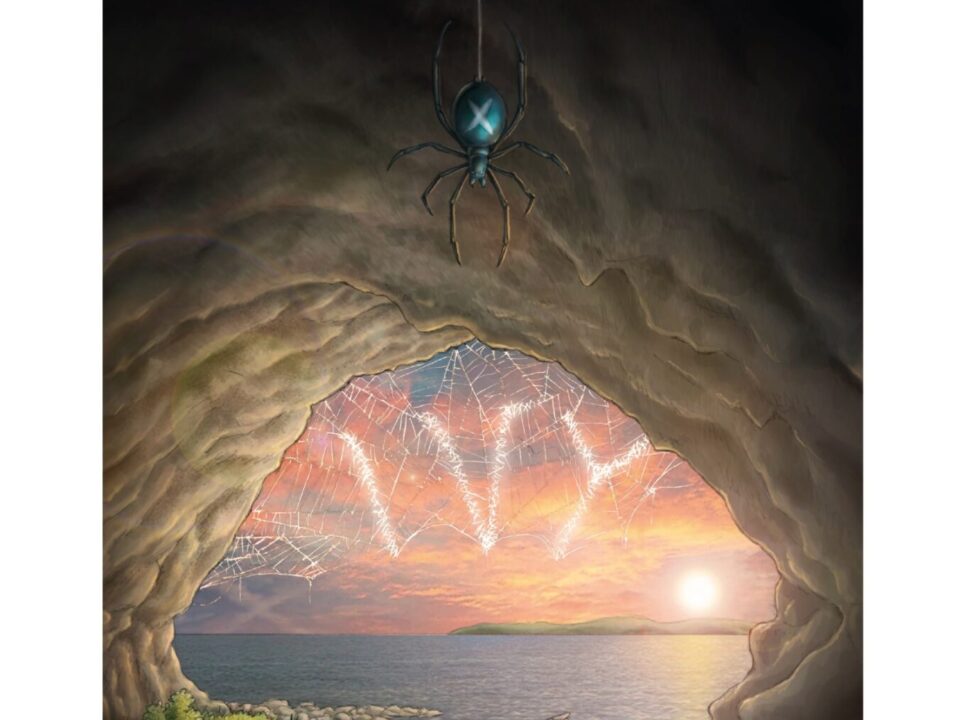